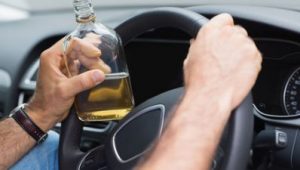 Each state has its own laws regarding DUI/DWI and associated penalties. The most common penalties include:

Jail and community service. First-time offenders with a low BAC will usually have to do community service. The situation changes, even for first offenders, when human victims are involved. In this case, the felony is likely to result in jail time for the DUI driver. The length of the jail time sentence depends on the condition of the victims. The guilty driver can expect to serve several months of jail time for minor injuries like bruises, or even many years behind the bars if the victim dies because of the accident.
Fines. Depending on which state the incident happened, expect fines from as low as $500 for first-time offenders in North-Dakota, and as high as $10,000 for drivers that have children on board in Texas.
Drug and alcohol education programs. Many states offer lesser penalties to those drivers that attend these programs. In some states, participating in a drug and alcohol education course is mandatory.
AA meetings. Judges may sentence DUI drivers to participate in this type of meetings, depending on their cases.
License suspension. The majority of states will suspend a driver’s license if they fail a breathalyzer test. The suspension time vary from state to state, and it can be as low as one week to as much as one year in Georgia. Factors like, first-time offense, multiple DUI convictions, or the severity of the offense are considered when a license is suspended.
Ignition interlock device. In some states, the judges can order for an ignition interlock device to be installed in the cars of multiple offenders. This device works like a breathalyzer that doesn’t allow the car engine to start if the driver’s BAC is above a certain level.
Expensive premiums. Car insurance rates will double, or even triple. And that’s in the best case. The insurance provider can drop coverage, or it will simply not renew your policy. DUI convicts are considered a high-risk driver for the insurance companies and at least three years.